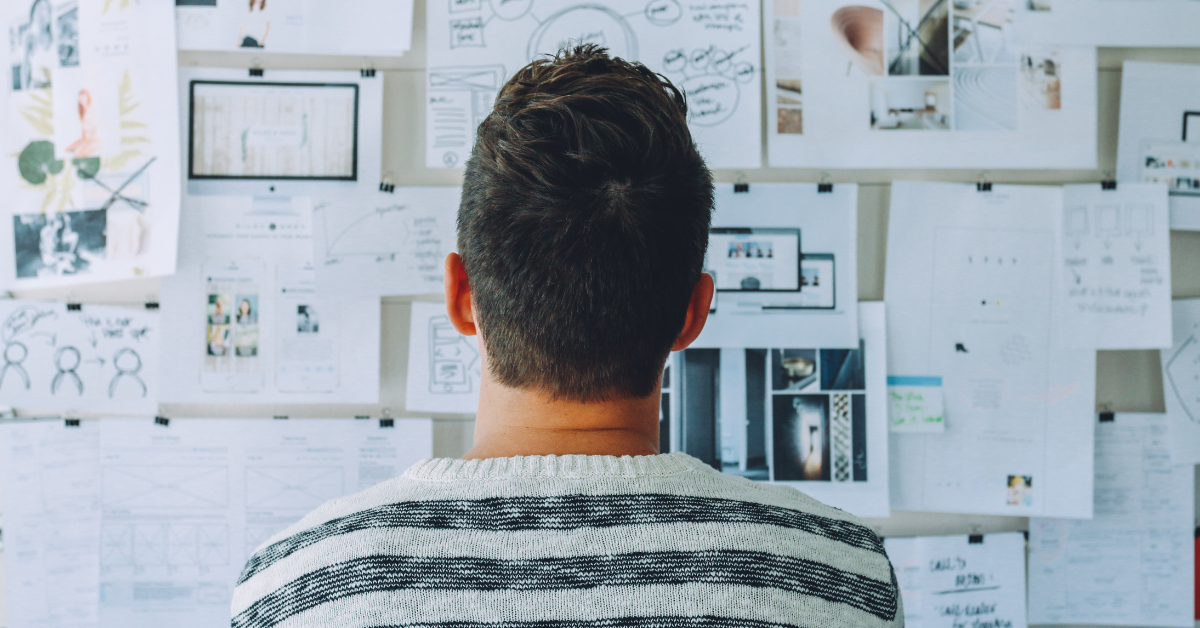 It was a little over 21 years ago that I was wrapping up one of the greatest assignments in my corporate career. I was Project Leader for a new joint venture between John Deere and a key supplier based out of Japan. At this young age, I was entrusted to build trust with my Japanese colleagues, discern contractual terms, lead site selection for a facility that we ultimately located in Rock Hill, SC and then help build out the team that would run this business. Once I handed the project over, I headed back to Williamsburg, VA at the age of 34 to become Program Manager for two product programs that were woefully behind on all their KPI’s. It was at this point, that my wife & I discerned it was time to leave John Deere and go out on our own.  Not because anything was wrong with Deere.  But rather we were a young married couple who wanted to build roots and have a family.  We saw that being on this career track with Deere or any other company would put a lot of strain on our marriage and potentially prevent us from having a family as we struggle to chase the corporate dream of bigger roles and more money.

While working as the Program Manager in late 2001 / early 2002, my wife & I began exploring businesses to buy or start.  We looked at restaurants, considered buying into online IT company, and a few other things.  Ultimately, we found executive recruiting when a neighbor of mine shared that he made the jump to recruiting in 2001 himself.  At first, I shrugged off the idea of being a recruiter off as I thought it was a very slimy field as most of my personal interactions with recruiters were negative.  My wife was the champ though.  She reminded me that we have been praying diligently for direction and as we did our diligence, we made the decision in May 2002 to officially signup and put money down which means we were committed.  We signed a 10-year deal with a franchise organization called Management Recruiters International (today known as MRINetwork).  We pretty much mortgaged it all and committed everything and more that we had.  We did this in May with the intent to formally resign from Deere on June 21, 2022 so that I could be in new franchise training class on July 9, 2022.  The interesting thing here though, on June 18 2002, Deere announced the closure of our factory in Williamsburg, VA along with a few other facilities.  Many companies were struggling with excess capacity after 9/11 and Deere was no different.  This really threw me. It made me rethink some things.  Do I resign?  Do I try and transfer to another facility within Deere?  Do I go to work for another company?  Ultimately, we stuck to the plan and went on to resigned on June 21, 2002 with my last day being July 3, 2002.  It was a great 6 years and I have nothing but positive comments about my time at Deere.  I was given more opportunity to try things well beyond my comfort zone and truly appreciate it.  Many people thought I was crazy (and there were times I thought I was crazy) to leave a company like Deere or even leave the corporate life and risk it all.

Now began my career as an entrepreneur.  I was 34 years old with a sizeable mortgage, 2 car payments, and earning an income of $0 (fortunately my wife was making a few dollars as an Administrative Assistant).  We took out a high interest loan to pay for the franchise fee (since I had no job, the interest rate I paid was exorbitant).  We also took a line of credit against our home to pay our bills, eat, and to put operating capital in the business to operate that first year while we generated little to no income.  To say, fear was a motivator that first year would not do it justice.  I was afraid.  I prayed daily and journaled weekly to help relieve this fear and keep moving forward.  I have this journal today and recently read back upon it.  It stirred up many emotions for me.

Over the past 20+ years, I’ve been fortunate to be around wonderful people who I truly care for and appreciate.  I did not do this on my own.  These are my colleagues at Deere, customers I’ve met, business partners, and people we have placed into new roles/companies.  Ultimately, these are people who have become people I would call friends.  These past 20 years have been a great ride of some ups and downs but mostly ups.  I look back upon the decision point to exit a fantastic company like Deere in June 2022 to start this journey as an entrepreneur.  Sometimes I wonder what life would have been like if I stayed on the corporate track. These thoughts are fleeting as I would have it no other way.  Becoming a serial entrepreneur has allotted me many freedoms and has allowed my wife of 26 years and I to have two beautiful children, build roots, & build a legacy for them.  We have also been fortunate enough to find our purpose in this life where we can make an impact daily in the communities we serve.

Being an entrepreneur is not for the faint of heart but next to my relationship with God and my family, it is the greatest thing I’ve ever experienced.  At the age of 55 now, I have many years left.  Retirement is not a goal nor is it a destination.   I will continue on this path until the Lord leads me in a different direction.   One thing I have on my wall at work is the quote by Theodore Roosevelt titled “The man in the arena”.

“It is not the critic who counts: Not the man who points out how the strong man stumbles, or where the doer of deeds could have done them better.  The credit belongs to the man who is actually in the arena, whose face is marred by dust and sweat and blood; who strives valiantly; who errs; who comes short again and again, because there is no effort without error and shortcoming; but who does actually strive to do the deeds; who knows great enthusiasms, the great devotions; who spends himself in a worthy cause, who at the best knows in the end the triumph of high achievement, and who at the worst, if he fails, at least fails while daring greatly, so that his place shall never be with those cold and timid souls who neither know victory nor defeat.”

Many people read it but very few understand it.  The Man in the Arena.

Tim Saumier started his recruiting career when he opened TYGES International back in July 2002 after purchasing a franchise from MRINetwork. He has grown the business from start-up office in 2002 to where it is today helping clients around the world solve their talent acquisition problems. While he does place people with companies, he brings much more through his consultative coaching with both companies and individuals hence the reason he has built long-lasting relationships that continue to work with TYGES.

Prior to starting TYGES, Tim spent thirteen years in corporate America with companies like John Deere, Moen, and Philips where he had the opportunity to work in supply chain, operations, and engineering during his career.

“We’re here to make good things happen for other people.“

We would love to make good things happen for you too!

Have an open position you need filled? Visit https://tygesmfg.com/submit-a-job/

Searching for a job? Visit https://tygesmfg.com/search-jobs/

This website uses cookies to improve your experience while you navigate through the website. Out of these, the cookies that are categorized as necessary are stored on your browser as they are essential for the working of basic functionalities of the website. We also use third-party cookies that help us analyze and understand how you use this website. These cookies will be stored in your browser only with your consent. You also have the option to opt-out of these cookies. But opting out of some of these cookies may affect your browsing experience.
Necessary Always Enabled

Any cookies that may not be particularly necessary for the website to function and is used specifically to collect user personal data via analytics, ads, other embedded contents are termed as non-necessary cookies. It is mandatory to procure user consent prior to running these cookies on your website.